Introduction to these translations of the dialogues of Plato

This website exhibits the fruits of a project, commenced in 2008, to translate the complete works of Plato from the original Greek into English. At the outset of the project, I was given generous direct support by a private individual, which enabled me to cease my employment with an American multinational company and devote myself to the work of translation. My employer was generous upon my departure, my initial sponsor was enormously generous, and similar unselfish support from others continued through subsequent sponsorship until the final stages of this exciting undertaking. Since the entire project has proceeded in a spirit of great generosity, it would, I believe, be inappropriate to introduce any commercial considerations at this stage. It is my firm belief that work that was freely and selflessly supported should be readily accessible to anyone who wishes to make use of that work. It is in this spirit that these translations, in their current state, are now being made freely available, without charge, to anyone who wishes to read them and make use of them. 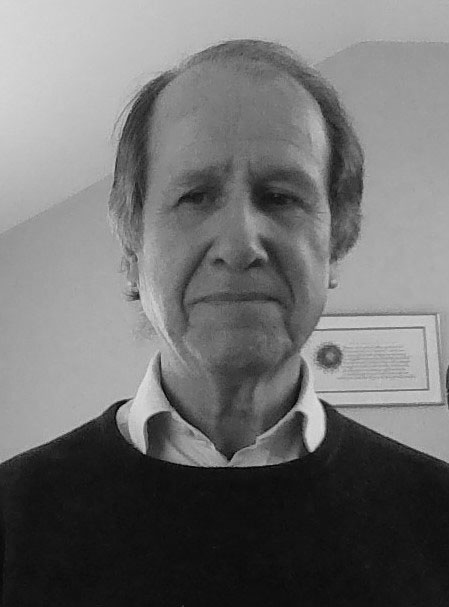 It has been my privilege to devote my time and energy over the past thirteen years to producing these translations of the dialogues of Plato. Although the translations on this site have, in many cases, already been through a series of edits, this year, 2021, marks the beginning of an extensive two-year revision period after which this work shall, God willing, be published in printed form, perhaps in a single volume, at the lowest possible price to ensure its ready availability to anyone who wishes to access the wisdom of Plato.

I do not make any claim to the superiority of these translations, and it was never my intention to improve upon the excellent work of others. In his generous foreword to this work, Prof John Dillon refers to the fact that new translations of great masters are a vital feature of modern cultural traditions and Benjamin Jowett’s great venture in the nineteenth century and Thomas Taylor’s work before that, were indeed philosophic and literary gifts to humanity. Many other great scholars have made important contributions to Plato translation throughout the twentieth century and I am proud to be able to contribute to such a worthy tradition.

A longer account will be included in due course explaining the approach adopted to the overall translation process. Over the thirteen-year duration of this undertaking, the effort has evolved and refined. In 2008 I was helped greatly by Margot Camp as we laboured meticulously together on the relatively straightforward language of a short dialogue, the Euthyphro. As my confidence and competence grew, I believe that I unconsciously adopted a method that Friedrich Schleiermacher describes in his great essay On the Different Methods of Translating. Here he subordinates the common designation of translations as being either “faithful” translations or “free” translations to a division that is more relevant to philosophic works. He writes:

If I were to attempt to capture the overall aspiration of these translations, I would say that they aim to move the reader toward Plato rather than leaving the reader in peace and adjusting the writings of Plato, and his associated language, to conform with modern expectations.

This means that the modern reader must be challenged by Plato and so the impact and indeed the confrontational nature of his writings should be conveyed through the translation. In appreciating this I always have in mind Mary Margaret McCabe’s reflection upon Plato’s own purpose. When referring to the effect upon the reader of engaging with the arguments in Plato’s works, she says:

“The end (or the interim conclusion) of such structured arguments may turn out to be a positive claim about something in particular; or it may, instead, offer some reflection on how we should go about thinking about some type of problem. In either case, the understanding we reach will be deep and complex just because the arguments call into question the whole structure of our thought. This consequence, I contend, was Plato’s objective.”[2]

If the writings of Plato can indeed “call into question the whole structure of our thought”, and if our troubled world could embrace such a process, then the timeless wisdom of Plato might shine the light of philosophy into those dark regions of modern thinking where it can begin to dismantle some very fixed and harmful structures. I hope that these translations help to convey Plato’s relentless spirit of questioning and enquiry, which he imbibed from his great mentor, Socrates, who wrote nothing himself, and who made no claims to have any knowledge whatsoever.

Special thanks are due to my first sponsor, and the initiator of this entire project, Alan Campbell. It was his vision that gave birth to all this. By the end of 2013 I had completed a PhD in Trinity College Dublin under the supervision of Prof Vasilis Politis whose precise and rigorous approach to Plato’s works helped me greatly and brought a valuable discipline to the work of translation. Prof John Dillon, with his enormous wealth of scholarship and erudition, has provided constant and generous support for very many years. Margot Camp and Bill Fox, at various stages of the project, have provided much valuable support and continue to do so. My two assistants, Pantazis Tselemanis and Peter Larsen are a central part of this undertaking. The School of Philosophy and Economic Science (UK and elsewhere), Newman Education Trust, and The Leon MacLaren Art Trust, have all provided essential financial support that was needed until the final years of the undertaking. The many participants in study events and full dialogue readings at the Trinity Plato Centre, Trinity College Dublin, at Townley Hall, and in Dublin, Delphi, Lucca, Amsterdam, Melbourne, Sydney, Perth, Brisbane, Auckland, Wellington, Gauteng, Oxford, Loughborough, and New York, all played their part, and I am very grateful to them all. The constant support of my wife Frances is and always has been unfailing and unselfish and no words can truly express her importance to my life and work.

Horan, D. (2020) ‘The Introduction to Plato’s Parmenides: What Does it Introduce and to Whom?’ in E. Kaklamanou, M. Pavlou, and A. Tsamakis (eds.) Framing the Dialogues: How to Read Openings and Closures in Plato, Leiden: Brill, 243-262.